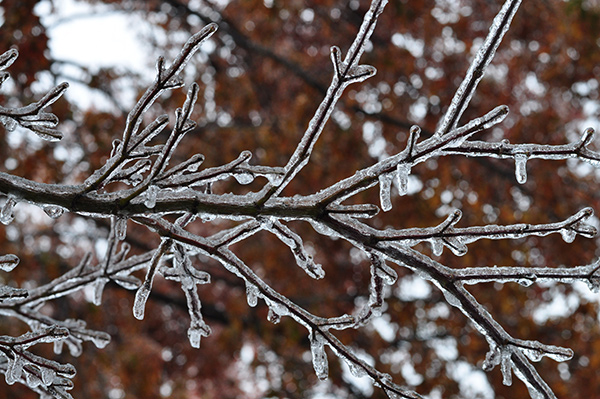 Beating Back the January Blues

I suffered a major depressive episode this January, my first depressive break in eight years.  Some of you may have noticed that I haven’t written for Psychology Today in over 90 days. My pen stopped because I knew I should write about my relapse, but I was afraid of the impact my openness might have on my other work (Board Chair of the Dallas Theater Center).

My silence wasn’t a conscious decision, but a slow opting out, an unwillingness to let my mental health world collide with my theater world. For those of you who are Seinfeld fans, I adhered to the George Costanza dictum of separate worlds. Why? Two reasons:

Keeping my worlds separate works well when I’m healthy, but this winter, the cumulative stresses piled too high. I do a fairly good job of explaining what happened in the blog below, but leave out a few critical points.

My father died on January 22, 1985 at 58 years old. Dad and I had not reached the point in our relationship where we understood and respected each other. We loved each other, sometimes with gritted teeth. Even though I was 25 and supporting myself, he had not yet accepted me as an adult. I felt this fact outrageous at the time, but as my own children reach their twenties, my dad’s narrowness seems infinitely more forgivable. He felt quite comfortable inflicting his mores on me, whether I accepted those mores or not.  He wanted me Catholic and virginal until marriage (hopefully to another Catholic with bonus points if my future husband loved Notre Dame football). I had other plans. What’s strange in this original blog is that I never acknowledge my father’s death as part of that January sumo wrestler. I also omit that, even though my therapist and my CONNECT group strongly encouraged me to see my psychiatrist and have my medication adjusted, I refused to take action. I wanted to heal naturally, fearing the slippery slope to the psychiatric ward.

Instead, I did relapse. I will be publishing "Walking the Walk" on Psychology Today next week that explains what happened. Giving myself a little credit – I did take action far earlier than in 2001 (when I went 9 months before having ECT) and in 2007 (when I waited 6 months). In 2016, depression hit in January and I had my first session of ECT on January 29. I’m not fully recovered yet, but as of February 26 my depression is clearly in remission.

I am publishing the original article untouched, because the message is revealing. Don’t try to gut it out alone. Accept help, even if it means you might not like what the professionals recommend.

Beating Back the January Blues

Each year, January stares back at me like a giant sumo wrestler ready to sit flatly on my chest. I race through the fall into December and totter over the cliff into the clammy arms of this predictable fate. Some years are worse than others; this year hit harder than most. The negative self-talk rose from a rumble to a roar with a consistent refrain.

Each of my three major depressive episodes started in January. Those of us who manage depression know ignoring the problem does not solve the problem. This time I decided to take action.

What have I done differently?

Here’s the Hillman quote. The past few days, the sumo wrestler of depression is off my chest and I’ve regained my footing. Perhaps acknowledging his presence was half the battle in getting him to leave.

I am different from anyone else and the same as everyone else; I am different from myself ten years ago and the same as myself ten years ago ; my life is stable chaos, chaotic and repetitive both, and I can never predict what tiny, trivial bit of input will result in a huge and significant output. I must always remain acutely sensitive to initial conditions, such as what or who came into the world with me and enters the world with me each day. On that I remain dependent.

"Splendid! Struck by Living details the debilitating illness that many of us have battled. Julie’s honesty enables readers to understand the serious damage caused by depression and the happiness unleashed in recovery."