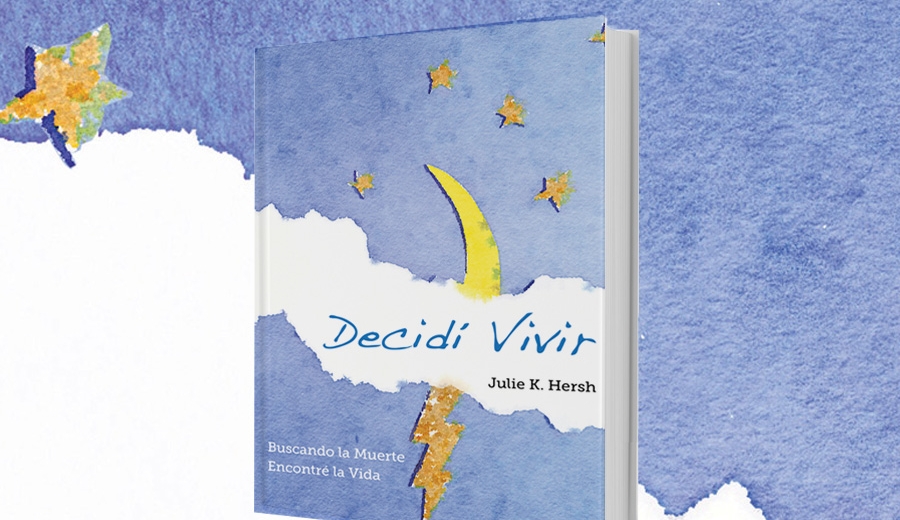 DALLAS--(BUSINESS WIRE)--The Hersh Foundation will present a celebration of the book release, Decidí Vivir on Tuesday, October 28 at 6:30 p.m. at Dallas Children’s Theater - Rosewood Center for Family Arts located at 5938 Skillman Street. In a collaboration of culture unique to Dallas, Texas, four families from three different countries have worked together to bring a story of hope to those suffering from depression.

“This book is a collaboration of kindness”

Dallas resident and Chilean native Andrés Correa heard Struck by Living author Julie Hersh speak on KERA when Hersh originally released her book in 2010. Struck by Living traces Hersh’s trek through depression and recovery beginning with electroconvulsive therapy (ECT). Knowing that his mother suffered from depression, Andrés recommended the book to his father, Jorge Correa, Spanish Teacher and Community Service Director at St. Mark’s School of Texas. Jorge then translated the book page by page into Spanish, reading it to his wife as she received treatment in UTSW, the place where coincidentally Hersh had been hospitalized.

When Jorge reached out to Julie to thank her for writing Struck by Living, they discovered that Jorge taught at the same school where her son and husband had attended (St. Mark’s School of Texas). Hersh mentioned that several people had requested the book in Spanish. Jorge immediately volunteered to translate the book.

Three years later, Decidí Vivir is in print and ready for Spanish speaking readers. The cover, inspired by a painted rock mentioned in the book, was designed by Mexican native and Dallas resident Ramir Camu, Executive Vice President of KoiosWorks. Monica and Emilio Pimentel, friends of Hersh, originally from Mexico City, “Mexicanized” Jorge’s Chilean Spanish so the book would be more accessible to a broader audience.

Hersh, Correa, Camu and the Pimentels will be celebrating their collaborative effort for the creation Decidí Vivir and will discuss how this translation impacted their lives. Experts on depression and ECT will provide information including: Dr. Ahmad Raza and Dr. Madhukar Trivedi from UTSW, clinical psychologist Dr. Abel Tomatis and a representative from CONTACT crisis line. Ana Cristina Reymundo, award-winning US Hispanic journalist, will facilitate the conversation. “We are truly indebted to Julie Hersh, Jorge Correa and others for their tireless and selfless efforts to impact and inspire the lives of many who suffer in silence,” states Dr. Ahmad Raza, UTSW.

“This book is a collaboration of kindness,” Hersh says, “after all the hard work done by Jorge, Emilio, Monica and Ramir, the Hersh Foundation wantsDecidí Vivir to touch as many lives as possible.” Publisher Greenleaf Book Group is also playing an instrumental role in providing books for this event. The Hersh Foundation is providing up to 400 free copies of Decidí Vivir to those who attend.