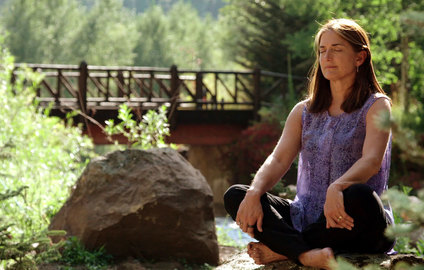 Yet another person came up to me at the Cooper Center yesterday and said "I heard you on NPR." I was a little confused by this considering I have not done an interview with NPR since 2010 when I had an interview with Krys Boyd (whom I greatly admire BTW, this was clearly the best interview of the ones done when my book was published). Then in the haze of post spring madness with too much on my plate, I recalled an email exchange with Krys over a weekend. It was late at night, I was watching baseball and then Scandal while I was having a dinner of popcorn and chardonnay. As I listened to the interview this morning - first time in weeks I have had a chance to breathe - I realized what people have been talking about.

Check out this interview with Harry Lynch on Think!: Mind Over Matter

Poor Harry, I should have warned him. I think he was slightly blindsided by the question. Note to self, do not have laptop within finger reach while imitating Olivia Pope and watching Scandal.

What is interesting about the story of creation of the film - co-produced by my friend Jeff Fraley - is that originally my son Daniel was not supposed to be in the film at all. This film was released on the Mental Health Channel in 2014, which I wrote about: http://www.struckbyliving.com/blog/article/savor-the-moment-a-years-worth-of-peak-experiences-this-month, and originally created over Labor Day weekend in September of 2014. I asked Jeff if it would be ok if my college-aged son (Daniel) tagged along on the shoot. Daniel was interested in drone filming - and I knew we planned to have drone footage in the film. Figured Daniel might be able to pick up some tips from a professional drone operator who had experience filming at altitude. Daniel had crashed his drone in the river, not accounting for the thin air's impact on a fast descent. We learned that weekend that rice actually does work on electronics - his drone was funky after that, but salvaged.

Jeff said "yes" to this idea and called me back shortly thereafter with MHC's brilliant idea - "let's have Daniel walk up the mountain with you, while you tell him the story of your suicide attempt!" Did I mention that Jeff does not have children? I was incredibly uncomfortable with this - worrying that my poor son would be scarred for life, the film was exploiting him, the film would be corny and sentimental, etc., etc., etc. When I asked Daniel about this he was completely nonplussed, a toss of his head and with the answer yes. He reminded me that he had written about my depression for publication in the St. Mark's School of Texas student newspaper, The ReMarker, and even used the story in his college application. We agreed it was worth a try, although to be honest, I was still very worried that the whole thing would be unbearably sappy.

I'm happy to say that it turned out beautifully. Here's the film in its entirety for anyone I have not managed to force it upon: http://mentalhealthchannel.tv/episode/major-depression-chapter-2. Yes there are things I would have done differently (I am sure my friends at Dallas Theater Center will read this with sarcastic stunned surprise). There are few stories for which I could not craft an improvement - my fatal character flaw. To be honest, I have not read Struck by Living cover to cover again since publication for that very reason. I toiled on that book for 8 years, and I'm sure could have worked another decade on it if given the opportunity. At some point, as a creative person, you just have to admit that you have reached the point of diminishing returns.

But this film, I must say, has withstood the test of several viewings for me. Perhaps because it holds one of my favorite memories of my son, which did not make the cut. As we are sitting on the rock, I admit to Daniel that I was worried he might reject me because of my depression. He says this idea never occurred to him, that he wants to be just like me. The part that did not make the cut is this. He paused for a moment and ads - "except all that suicide stuff." We both busted up laughing. Guess that was too insensitive for the general public, but that is a memory I will cherish forever.

My family has been such a fabulous support for me - one of the reasons I am alive today. They have shown me unconditional love. It makes me hopeful for their lives and future families.

"Struck by Living is just the kind of book that our field and our patients need."