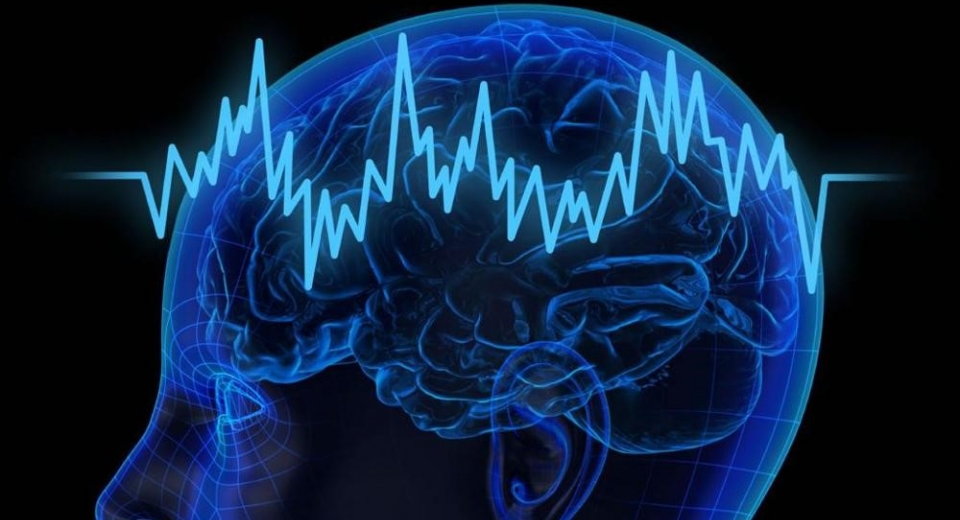 Is ECT Right for Me (or my Loved One)?

Should I (or my wife/husband/son/daughter/friend) have ECT (Electroconvulsive Therapy)?

This question comes my way at least once a week, so I’ve decided to collect my thoughts in a single document.  The answer is: it depends.

I am not a psychiatrist or psychologist nor am I someone who gets kickbacks for speaking about ECT. I speak from experience. I’ve had 4 ECT treatment series over the past 17 years, 28 treatments in total. ECT saved my life (in 2001) and deterred the onset of life-threatening depression in 2007 and 2016.

ECT generally is administered in an intensive treatment period of three sessions a week, usually beginning with right unilateral electrode configuration (one electrode on the right side of the head and one near the top of the head). After the intensive period, treatments are spaced out, some continuing with maintenance ECT to maintain health. Typically, a course of ECT consists of about 8-12 treatment sessions, though sometimes more. At each session, the patient is put under anesthesia and a small pulse of electricity is passed through the brain. It takes less than a few minutes, and a brief time is needed to recover from the anesthesia.

The big controversy about ECT is that some people claim to be damaged by ECT and the risk is not worth the gain. ECT is a great treatment with a sordid history. Shock by Larry Tye and Kitty Dukakis is an excellent account of the history of ECT. “The Doctors” recently did a show about ECT with an explanation by Dr. Sportelli.

My conclusion is this. No doubt some people feel they have been damaged by ECT. I’m not sure if this is because of poor application of the treatment, too many treatments, an antiquated application of the treatment, or just plain bad luck. The reality is a lot of people have benefitted from ECT (I’ve met tons of them through my book). The people who have had bad experiences are very vocal, very organized and, I believe, in a small minority.

The people who have had ECT with a good experience don’t typically take to the streets and say “Hey! Look at me! I was crazy enough I did a spin in a locked psychiatric ward and sent electricity through my head to fix it!” Unless, of course, that person is me, Sherwin Nuland, Kitty Dukakis, Dick Cavett or Carrie Fisher (Princess Leia).  Judy Garland, Ernest Hemmingway, Sylvia Plath had regrettable experiences a long time ago. I didn’t know about Clementine Churchill and Lou Reed! Check out Wiki for a list of names, mine is not on it. Like all the publishers who refused to publish my book because I am not a celebrity or a medical expert, apparently writing a book about ECT is not enough to hit the Wiki list. About 100,000 people annually have ECT in the United States.

Still interested? Read on. This is what I wish someone had told me when I was considering ECT.

ECT Works: ECT doesn’t work for everyone, but for intractable depression that seems unresponsive to medication, psychotherapy, exercise and other positive means to shake depression, it works better than anything else we have today. Depending on who is using the stat, I’ve heard remission rates quoted from 60 to 90%. Considering that most antidepressants have only a 30% effectiveness rate even for more moderate cases, ECT’s positive numbers make it a treatment worth considering.

ECT is not a Cure, but a Jump Start: I liken ECT to jump starting a car. If you jump start your car, but leave your lights on and doors open, you will burn out your battery. The same is true of ECT. You will likely feel better, but keep in mind lifestyle and/or stress likely caused the onset of your illness. If you return to exactly the same lifestyle with no changes, you are very likely to relapse. This happens with ECT. 50% of those who obtain remission may have a relapse within 6 months. This happened to me in 2016. As with every other time I’ve had ECT, I immediately felt better. I returned to a very active social schedule, not accounting for my introvert’s need to recharge. We all need different things to stay well, but often don’t think about what we need to stay well until we’re sick. Here’s my wellness list. What’s yours?

No one (including your doctor) knows the “right” amount of ECT for you. Typically in the United States, a patient will be given right unilateral electrode configuration ECT as a first course. Sometimes, people seem to need about 8-12 treatments. Typically the patient will not see the changes in her or himself, but these changes will be obvious to family members or friends at around the 4th treatment. Note the word “typical.” I have seen wide variations from typical. In 2001, I was given bitemporal electrode configuration ECT and felt profound change after the first treatment. Bitemporal ECT does work faster, but also has far worse impact on memory. Because of this, most reputable places that administer ECT start with the less invasive unilateral first, moving to bitemporal only if unilateral does not work. The memory issues were so bad for me in 2001, I refused treatment after 5 sessions.

When I returned for treatment six months later, I obediently came for ECT even after I felt like I’d had enough. At the 8th treatment, the doctor performing asked, “How are you feeling?” I responded that I felt great, but was having more treatments only because the ECT team of doctors had insisted too little ECT was the reason for my relapse.We agreed to stop ECT after that session and just monitor my symptoms. I’ve been well for about 1.5 years aided by some lifestyle changes.

The net of my advice is this. There is no magic test today that can show if you’ve had enough ECT. Doctors frequently seem to push for more, under the assumption that more is better. I completely disagree. ECT disrupts your life. You can’t drive the day of treatment, you will be forgetful and spacey during treatment. I’ve seen some people administered 30 treatments or more and still not see an improvement. If you seem to plateau in remission of symptoms, talk to your doctor about stopping ECT. Consult with those close to you to see if you are back to your “normal” state. The doctors can’t see you every day, and often don’t have a baseline of a “well you” as a benchmark. You need to be proactive in management of your care.

I had a close friend who was deeply depressed last summer. Terrible insomnia, dramatic weight loss, she could not speak in full sentences. Her husband thought she might have Alzheimer’s disease. When I saw her, her frailty and shaking reminded me of Parkinson’s disease. I brought her to Dallas so she could have ECT and stay with me during treatment. Her husband and I could see a difference after two treatments. After four treatments she said, “Do you think I was faking it? Was I really sick?” It was astounding to see her recovery.

At about 8 treatments she looked about 80% back to her old self. She was completely dependent on me, and I could tell her dependent state was keeping her from reaching full recovery. I spoke with the doctors and she did two more treatments. She returned to her home state, knowing that if she needed more ECT, there was a good place we’d identified that was local to her. She didn’t need any more ECT and is doing well. She’s made it through the 6-month barrier and I have high hopes her recovery will hold.

Get an Advocate: You will be spacey and disoriented in treatment. Make sure you have a close friend or family member who can help you through the process, meet with you and your doctor and monitor your progress. Most good doctors will appreciate you doing this.

Engage your Brain: People always ask me – did you have memory issues? Did it hurt? Yes, I had memory issues during treatment and for the two weeks before and two weeks after treatment. Not huge issues, but it was difficult to connect with my memories. It did not hurt (other than neck soreness). If you have headaches – which some people do – make sure to ask for medication for headaches.

Here is the big thing with brain recovery. If you use your brain, it recovers. If you don’t, it atrophies. So push yourself to learn things, participate in things. You may have difficulty at first, but it will get easier. Do something fun that engages your intellect (join a book club, theater group, take a class in woodworking or tap dancing). The old adage: “use it or lose it” applies full force for the brain.

I’ve written a lot about ECT over the years. Here are all my articles from Psychology Today in one place:

This one is pretty funny. I initially called it Gym Farts, Penises and ECT: An Episode of the Doctors. Psychology Today censored me, making the title ECT Saved my Life: An Episode of the Doctors. Apparently Psychology Today has the lofty standards of not having penis or fart in a headline. Ah well. The “pure title” they approved of is Gym Pick Ups and ECT: 2 Topics from 1 Episode of The Doctors. Pretty boring IMO, but their choice. It does have a link to a video with an excellent overview about ECT by Dr. Sportelli, which I referenced above.

The Miracle of Gratitude talks about the story of my 2016 relapse and finding gratitude by absorbing the experience with humility and a sense of humor.

Finding Gratitude in Mistakes covers the 2016 relapse as well. Can you tell writing is part of my recovery?

Walking the Walk of Mental Illness covers my initial relapse and having my first ECT treatment the same day a friend took his life.

This article covers Amit Etkin, a brilliant researcher out of Stanford who is doing work to advance the effectiveness of Transcranial Magnetic Stimulation (TMS):

This is me spouting off regarding what I saw was an unbalanced article written about ECT (there are many!)

Frequently I get questions about whether TMS (transcranial magnetic stimulation) is better than ECT. Each treatment has its place. My guess is one day TMS will become more accurate and effective and will be even more widely used than ECT. But that day is not today. According the researchers in the know, this information is still accurate.

This one is on Memory and ECT.

In this article, I discuss an appearance on Dr. Oz.

These two articles are about my experience testifying before the FDA on behalf of ECT. Fascinating experience that did not inspire any faith in the FDA.

That’s it! Hopefully this ECT primer will help you make up your mind. ECT saved my life. If ECT makes sense for your situation, I hope it helps you or the person in your life who is suffering.

"Hersh's page-turner story is very informative about the state of mind of people experiencing very high suicide risk; to take two examples, perceived burdensomeness and social isolation.  I'm relieved for her and for all of us that she survived.  Struck by Living shows a life beyond suicidality, filled with possibility."